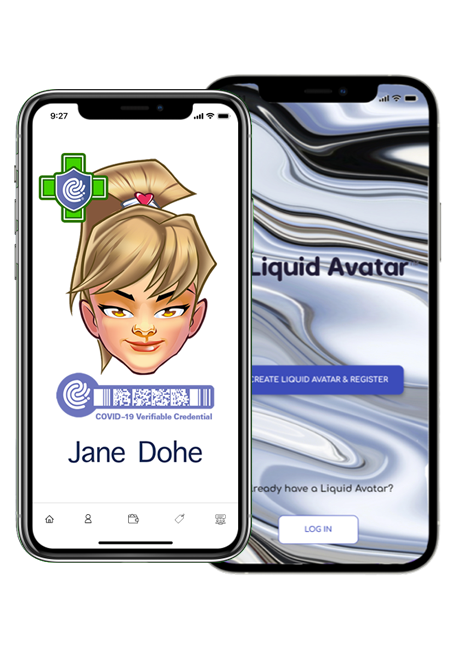 Verifiable Credentials are digital credentials that can represent the information typically found in physical credentials like a passport or license, as well as, increasingly, in new things that have no tangible equivalent, such as ownership of a bank account, membership, username and password or other personally identifiable information (PII).

These 3 parties work together in a secure environment to confirm credentials.  This relationship is referred to as The Trust Triangle.

The individual or entity (Holder) holding a verifiable credential sits at the center of a triangle of trust, mediating between issuer and verifier.

Any role in the triangle can be played by a person, an institution, or any Internet enabled device.

Liquid Avatar Technologies and the Liquid Avatar Verifiable Credentials Ecosystem (LAVCE) creates a decentralized self sovereign identity platform, where a user (Holder) controls the verifiable credentials that they hold in their Digital Wallet(s), and they alone provide consent to use those credentials.  This reduces the unintended sharing of a user’s personal data and any PII. This is in contrast to centralized identity systems where identity is provided by some outside entity.